A focal point of the Precision Nutrient Management team is the evaluation of fertilizer timing.  Mr. Souza’s research shared in the blog post How Long Can You Wait has shown, with three years of data, that if fertilizer application is delayed until in-season, not only will optimum yield reached but the protein content will be increased.  The study below which has just had one year of data will provide additional insight.

While the Sousa work focused on a single rate of nitrogen applied over 12 different application dates at on a few OSU research farms this study evaluated a range of N rates applied both pre-plant and in-season on farmer fields across the state. The rationale for a wide distribution was to achieve the primary goal of the study, which was to add regional specificity to the current sensor based nitrogen rate calculator (SBNRC www.nue.okstate.edu). More on that as the research matures. In order to achieve the range needed to reach the goal small plots were set up in numerous locations throughout the central/western portion of the state and hand harvested at maturity.  In Figure 1 below, you can see the sites for the 2018-2019 growing season, as well as the prospective climate zones. 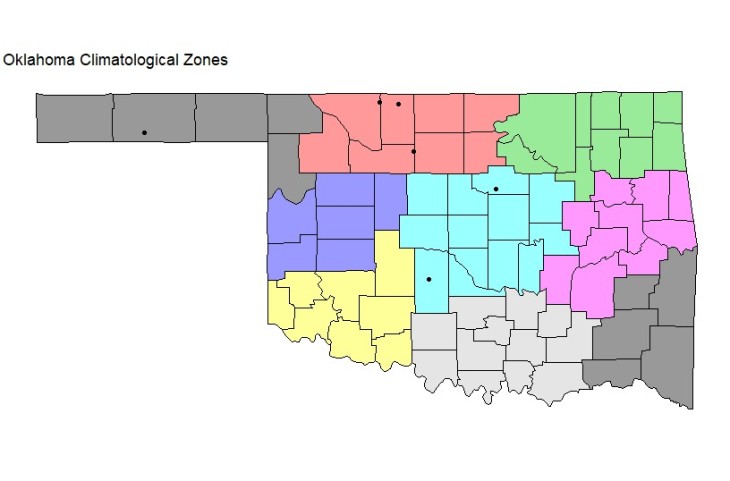 The trials were set up with four rates (25%, 50%, 75%, 100% of yield potential rate), two timings (pre-plant and in-season application), and a zero N check.  Applications were applied using ammonia nitrate as the source, in order to minimize losses due to volatilization. Eight trials were harvested in six counties, and three different climatological zones.

The data from the first year of this trial confirmed the results seen in the Sousa study. In-season application of nitrogen was more efficient in terms of yield and quality than equivalent rates applied pre-plant. Out of the eight locations harvest, only two had a significant grain yield respond to the addition of N fertilizer.  However, all eight locations the addition of N had significant positive impact on protein content. When looking at pre-plant versus in-season application, grain yield was not statistically significantly different from each other at any location.  Protein content of in-season N was however significantly better than pre-plant application at 5 of the 8 locations.

Figure 2.  below is the results from the Byron and Perkins location.  At both sites all fertilizer application for this location responded above the check plot (0 N).  At Byron we can see an increase in yield up till about 60 bu/ac in both the preplant and topdress application.  The proteins increased with the rate of fertilizer applied.  In both of the responsive locations while in-season N was never statistically greater than pre-plant N in all cases the in-season application had numerically higher yields and protein.

The next table below is from the Capron location.  This location did not yield a significant increase in yield from the application of N across the board, including timings.  But even though there was no impact on yield protein increased. In both of these locations the increase due to in-season N was statisically greater then the pre-plant. This response is replicated in three other locations in this trial that did not have yield respond.

This is one years data, across eight locations. The trials will be continued this fall (2019) for another growing season, and Mr. Souza is repeating his trial as well.  Everything that has done thus far has shown that not only is grain yield not lost by not fertilizing at pre-plant but by delaying all fertilizer applications till in-season , grain yield is maintained if not increases and protein levels are consistently higher. 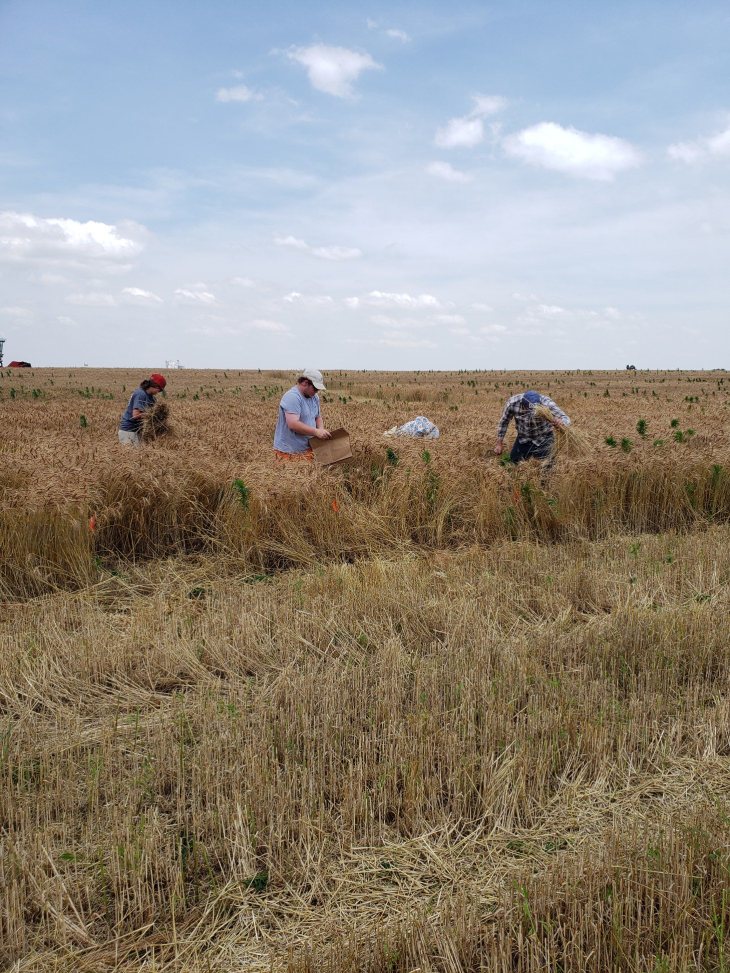 Figure 4. Crew hand harvesting on farm N rate plots. Hand harvest is preferred because A) we are able to harvest at a higher moisture content ahead of the farmers combines B) we do not have to haul the plot combine across the state.

For question, comments, or request for on farm studies please contact.