The Pick 2 Dilemma of Nitrogen Management

If you read my blog very often you know I spend a lot of my time talking about and thinking about nitrogen (N) management. And a great aspect of a blog is the ability to share ideas and theories, and this idea has been rattling around for awhile. What follows is not my recommendation for how to manage N but my assessment of challenge that comes with adopting a new N management strategy. 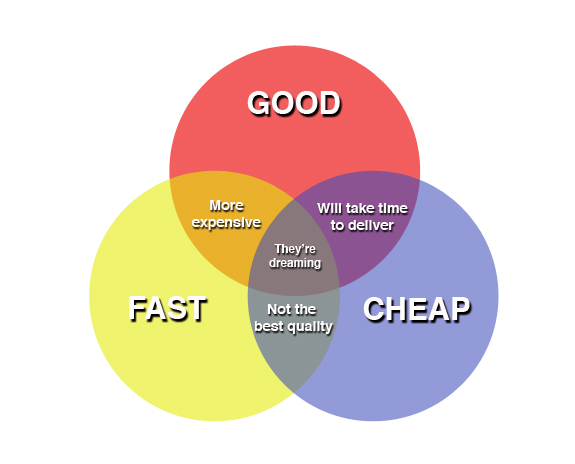 Some time back, while contemplating my reply to a tweet about N management by Dr. Josh McGrath @NPK_Professor, it hit me that it was quite similar to triple constraint theory. I have been researching and speaking on improved N management strategies for a decade now. While I have seen some change in practice and improved efficiencies, overall movement is slow. I have for awhile known the challenge I was up against but never able to communicate it well. I believe that at least in concept the 2 Pick diagram begins to make the point.

Almost theoretical in concept itself. My definition of efficiency is being as close a zero net addition of N as possible. The goal being if we add 150 pounds of N as fertilizer we remove 150 pounds of N in grain, feed, or fiber. In other words 1 lb in and 1 lb out.  My blog Nitrogen Management Report Card takes a look at nitrogen use efficiency. 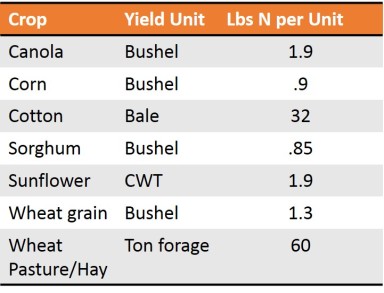 Pounds of nitrogen removed per one unit of yield harvested. These values are generalized averages and can change based on environment, management, and cultivar.

This one is not too hard to explain. The strategy has to be economically viable. You can go even further and say that the new N management approach should produce an economic return that is equal to or better than the currently implemented strategy.

The third component is the one that is more challenging to quantify, and in my opinion one of the greatest drivers in N management adoption. Risk, you know all the of the What Ifs. I can not think of a time when I gave a talk on increasing N use efficiency when I did not have at least one producer approach me with a What If question/statement. What if its to wet, what if its too dry, what if I lose to much, what if I under apply? The what ifs outline those things a producer or agronomist see as potential risk. I use the words perceived or real not to say the concerns are unfounded, shoot in Ag we all know not only can everything go wrong but at some point it probably will. Its that sometimes the level of concern may be greater than the actual risk. And to be honest N has been one of the few things producers could manage to reduce risk, i.e. loss of yield. What I mean is a producer can not control the weather or market but they could make darn sure they had enough nitrogen in the ground to produce every pound possible.

Pick two Nitrogen Dilemma. The three options you much choose two from are Efficiency; how much of the applied makes it to the grain, Risk; probability of not maximizing yield, and Economic; making a profit.

Lets talk about our Pick 2 options:

This one for me is really easy to describe, whether it is winter wheat or corn. This pairing is 100% Pre-Plant Anhydrous Ammonia.
And even though there is a greater inherent risk of losing N due to high rainfall or over applying N because in season environment limited yield potential, there is only 1 application of a low cost N source and the perceived risk of yield loss due to not having enough N is much less. For Oklahoma wheat producers 100 lbs of N as anhydrous is easy and considered risk adverse, however it is not efficient in terms of nutrient use. If fact in a good year this method typically only gets close to the 33% NUE that Dr. Raun and Dr. Johnson discussed in their 1999 Agronomy Journal paper titled “Improving Nitrogen Use Efficiency for Cereal Production” Link.

To be absolutely efficient in a perfect world we provide the N when the plant needs it not before or after. Many refer to this as spoon feeding, which while is absolutely economical in a drip irrigation system it is not in dry land environments. In this scenario uptake rate can be determined using on site weather stations and growth models. N losses could be determined using the same onsite weather data and some soil and N cycle modeling. But with spoon feeding the number of applications is potentially quite high and is often limited by the overall cost of application. Therefore making this option not economical.

This involves reduced to no pre-plant and application(s) made in-season after enough time, and environment, has passed to collected the data/information needed to determine yield potential, activity of the N-Cycle and losses. This is the method that utilizes precision ag, this is where I place the use of N-Rich Strip and Sensor Based Nitrogen Rate Calculator. Previous blogs Nitrogen Rich Strips  Re-Post: Sensing the N-Rich Strip and Using the SBNRC . Even though we have plenty of data, on farm and small plot, that spans almost two decades of environments and dozens of states adoption is slow. But as I look out over the entire N management landscape adoption of most N management strategies are slow.

First I acknowledge there are a dozen other aspects to why technology is not adopted, and this is just one of many theories. But as I see it, it is the Risk component that can be the hinge for the changing of a N management strategy. We can not change the math on Efficiency or Economics, but we can change how we not only perceive risk but how we manage around risk. How and what a producer views as a risk often influences management. If I am a wheat producer in Oklahoma and my greatest concern is yield, then it makes since to leverage N inputs early to ensure crop never stresses. If losses occur then I can top it off. However on the flip side if I see being over leverages with inputs early as a risk, then I will delay N application and see what my crop and environment is going to provide in the given cropping season.  And yield stability, how consistent are the yields year after year, will likely be the driver of where I see my risk being.

In conclusion this is not a recommendation, not a review of current science or an opinion of what is right or wrong. This blog was a way to convey what I have interpreted from the past 15 years of observation.

Please feel free to contact me with comments or questions.

Like Loading...
By osunpk in Fertilizer on May 9, 2019.
← Managing Protein in Hard Red Winter Wheat_Repost and Update. Recent Weather Causing Corn (and Sorghum) Injury From Pre-emerge Herbicides →